Being a professional athlete comes with a great deal of responsibility both on and off of the ice, court and field. Our players strive to be role models in the community and, through their work in many different community-driven programs, players get the opportunity to help causes nearest to their own hearts. 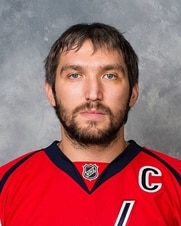 In eight seasons, Ovi’s Crazy 8s has provided more than 3,100 children, soldiers and their families with the opportunity to see a Capitals home game free of charge. Through his decision in 2006 to create this community initiative, Alex Ovechkin generously provides underserved children, recuperating injured soldiers and active military and their families the chance to attend a Capitals home game at Capital One Arena. Ovechkin purchases eight Capitals season tickets and donates them to Most Valuable Kids (MVK). MVK then distributes these tickets to either injured soldiers or active military and their families; or to boys and girls, 18 and under, through numerous nonprofit organizations that focus on children in low-income and underserved households.

Ovi’s Crazy 8s sit in the lower level of Capital One Arena and are recognized at home games. In addition, each person in the section receives a foam No. 8. 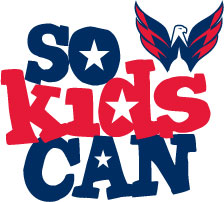 The Heart of America Foundation®, a national nonprofit headquartered in the Washington, D.C., metro area, transforms spaces into modern learning environments so that students and communities can learn and grow. Through its educational space transformation program, the Heart of America revitalizes technology labs, school libraries, gyms and other educational spaces in under-resourced communities into vital and vibrant centers of learning. Since 1997, Heart of America has provided children in need with more than four million library and take-home books and vital technology and has transformed more than 400 educational spaces nationwide. The organization has engaged volunteers in more than one million hours of service to communities across the country. For more information, please visit www.heartofamerica.org

So Kids Can was created in 2008 by former Capitals defenseman Mike Green and Elliot Segal to benefit youth-focused, nonprofit organizations. Backstrom and former Caps forward Brooks Laich joined the cause in 2011, former Caps defenseman Karl Alzner and Holtby joined in 2015 and Wilson joined in 2017. To date, So Kids Can has donated nearly $400,000 to charity. Most recently, the 2017-18 So Kids Campaign raised $41,604.00 for Kids Mobile Medical Clinic/Ronald McDonald House Charities.

If you would like to make a donation, please send a check made payable to Monumental Sports & Entertainment Foundation earmarked for So Kids Can to:

To donate online simply click the “Donate” button below and note that you would like your money to go to So Kids Can. Once you click the button you will be taken to our PayPal Donations page.

Top Shelf Teammates contributes financial resources to nonprofit organizations that benefit children's health, education and inner-city services. Players contribute a predetermined sum based on selected on-ice performance categories such as goals or team wins. Every dollar contributed by players is tripled through an affiliation with other donors. Because outside sources secured by the Foundation cover all operating expenses, 100% of donated money is distributed to children's charities.

Through Teammates for Kids, the Washington Capitals have donated $209,400 to the Fort Dupont Ice Hockey Program since 2004. 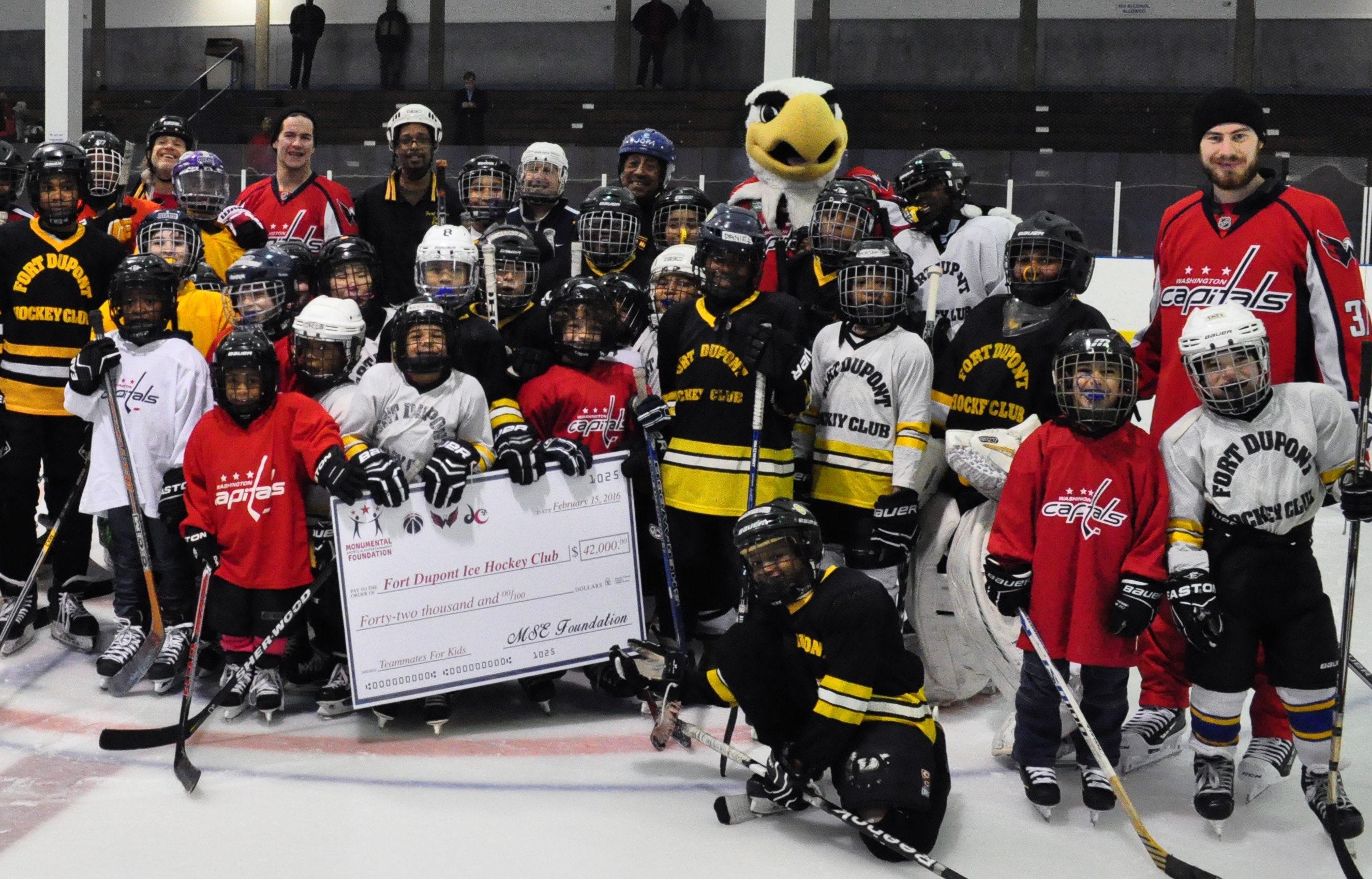 For the fifth-consecutive year, the John Wall Family Foundation hosted its Back to School Field Day in Washington, D.C., on Aug. 4, 2018. In the last four years, the JWFF has donated more than 2,500 backpacks to students in the Washington, D.C., area. The foundation held the event “Inside The Gates” on the Goodman’s League basketball court in Ward 8 in southeast D.C. Wall distributed a total of 1,000 backpacks filled with school supplies, including pencils, notebooks, folders and T-shirts courtesy of the John Wall Family Foundation and adidas. The backpacks were given to kindergarten through 12th-grade students.

To celebrate the 2017 holiday season, Wall partnered with Sony Pictures and Allied Integrated Marketing to host 200 kids for a private screening of the movie JUMANJI: Welcome to the Jungle. The movie event, courtesy of the John Wall Family Foundation, took place Dec. 14 at the U.S. Navy Memorial Burke Theater. The audience of 200 middle and high school students received a gift bag that included a gift card courtesy of the JWFF, a special edition D.C. knit hat by New Era and a pair of tickets to a Washington Wizards game.

The John Wall Family Foundation strives to improve the quality of life for underserved families and to impact the lives of young minority males through mentorship, education and physical activity.

In August 2018 Elena Delle Donne hosted her second-annual golf tournament at Fieldstone Golf Club in Wilmington, Del., that raised nearly $100,000 for the Elena Delle Donne Foundation. The mission of the Elena Delle Donne Charitable Foundation is to raise funds for and awareness of Lyme Disease research and special needs programs. The foundation believes that individuals have the right to be treated with compassion, respect, and dignity, and seeks to improve treatment options as well as health outcomes.

Capitals forward Tom Wilson donated four tickets per game across 20 games to Make-A-Wish Mid-Atlantic children and their families during the 2018-19 season as part of Forty Three’s Friends. Following each game, Wilson met and spent time with the ticket recipients, who participated in Forty Three’s Friends while waiting for their wish to be granted due to medical delays or scheduling restrictions.

Capitals forward Nic Dowd, along with his wife, Paige, launched Dowd’s Crowd during the 2018-19 season. The Dowds donated tickets to select games to families affiliated with Autism Speaks. The families were given sensory kits at the game, designed to support individuals with sensory needs. Postgame, the Dowds met with ticket recipients.